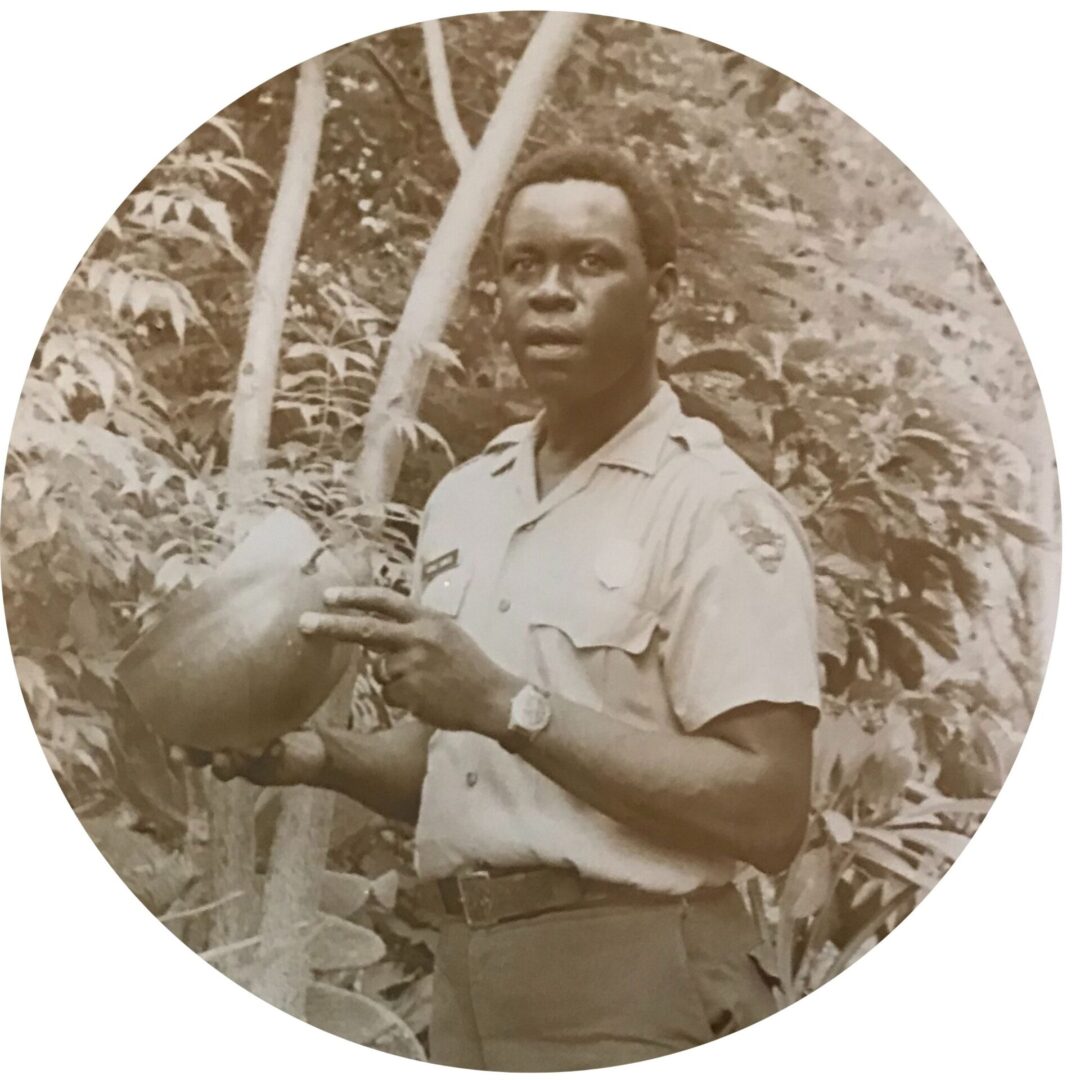 Friends is pleased to announce that the recipients of the Noble Samuel Scholarship  for the 2021-2022 school year are Ki'Janne' Alfred and Lila Uzzell.

"...his love for the uniqueness of St. John, its natural beauty, culture and history was evident whenever he shared."

The Noble Samuel Scholarship is endowed by anonymous donors inspired by a man who generously shared his love for our park with passion and humility.  Noble Samuel was a Ranger in Virgin Islands National Park.

The scholarship is available to St. John youth attending college (the University of the Virgin Islands or another university). The award is $2,500 per semester and includes a paid internship opportunity with Friends to gain conservation-related work experience.

The essay portion of the application will ask the questions below:

1.  Why does the Virgin Islands National Park matter to you?  Share personal experiences in St. John that have inspired you to protect and preserve its natural and cultural resources.

2  What do you want the VI National park to look like in 20 years?  How would attending college (at UVI or another university) help you achieve that vision?

Read more about the Scholarship and the man who inspired it here.

As a young man Noble remembered when the Virgin Islands National Park was being established on St. John and friends were encouraging him to work there. When he told his father about his interest and excitement about the Park his father was less enthusiastic. He said, ‘Why would anyone want to preserve a bunch of trees?” But Noble loved St. John and wanted to see it preserved, and the Park Service seemed a way to do that. Beginning as a Laborer and then a Lifeguard, he learned more about his native island and how to share these treasures with visitors. He became an avid snorkeler and trail guide, and as a Park Ranger, an ambassador for the islands and the Park Service, not only for tourists but locals as well.

He always enjoyed the NPS talks and slide presentations he would give at Cinnamon Bay and Caneel Bay, and his love for the uniqueness of St. John, its natural beauty, culture and history was evident whenever he shared. His days off from work were often filled with hikes and snorkel swims with visitors that were as enjoyable to him as well as others. He always enjoyed meeting campers or visitors who came to St. John as children and returned “all grown up”, and was thrilled that so many people remembered him.

During this time Noble advanced within the Park Service to become Special Assistant for VIPs and as he was exposed to visitors from all over the world became a real “people person”. He remembers fondly teaching the President’s wife, Lady Bird Johnson to snorkel much to the fear of her secret service men and then becoming friends with the family and being invited to President Johnson’s ranch in Texas. But Noble was not intimidated or exhilarated by rich or famous people. He treated everyone the same and knew that the worth of a person was not in the color of his skin or the wealth in his pocket but in the integrity of his heart. And he gained as much from the visitors as he shared with them and took advantage of these experiences to grow personally.

Because of the lack of a high school in St. John Noble never finished high school, but after meeting children and their families at the campground at Cinnamon Bay he was encouraged to study and get his GED – much to the joy of these visitors. He was learning that a humble upbringing and lack of opportunities did not have to keep him back from advancing and accomplishing his dreams, not only for himself but for his beloved Virgin Islands. He valued education and reading, but knew that all education does not take place in a classroom, or in a book, and that you can continue to learn through others and by their experiences all during your lifetime.

Noble went on to be Senator at Large from St. John in the Virgin Islands Legislature for two terms from 1973-1976, surprising himself and his family, and later returned to the National Park Service becoming the first native Virgin Islander to become a Superintendent at the Christiansted Historic Site in St. Croix. But he was most proud of this accomplishment because he opened the door so that after his retirement another local Crucian attained that position and excelled in it.

In 1983 he was named Administrative Assistant to Governor Juan F. Luis for the island of St. John. Noble was amazed at how his life was: as a little boy he remembered going barefoot up the steps of the Battery (Government House) with a strap of fish his father sold to the Administrator for 50 cents. Now he lived in that house and was privileged to oversee Government affairs for St. John and continue to meet and help visitors and the local community. And although he didn’t live to see it, Noble would have been more proud that years later his nephew, Julien Harley (who he raised as a son) would become St. John Administrator also.

Noble attributed a lot of his success to his humble beginnings and the close knit family and community of St. John where he learned morals, a strong work ethic and a sense of pride in himself and his heritage. And through the National Park Service he met wonderful people who enriched his life, and was thankful for all his blessings. He in turn wanted to be a blessing and source of encouragement to others, especially the young people of the Virgin Islands. 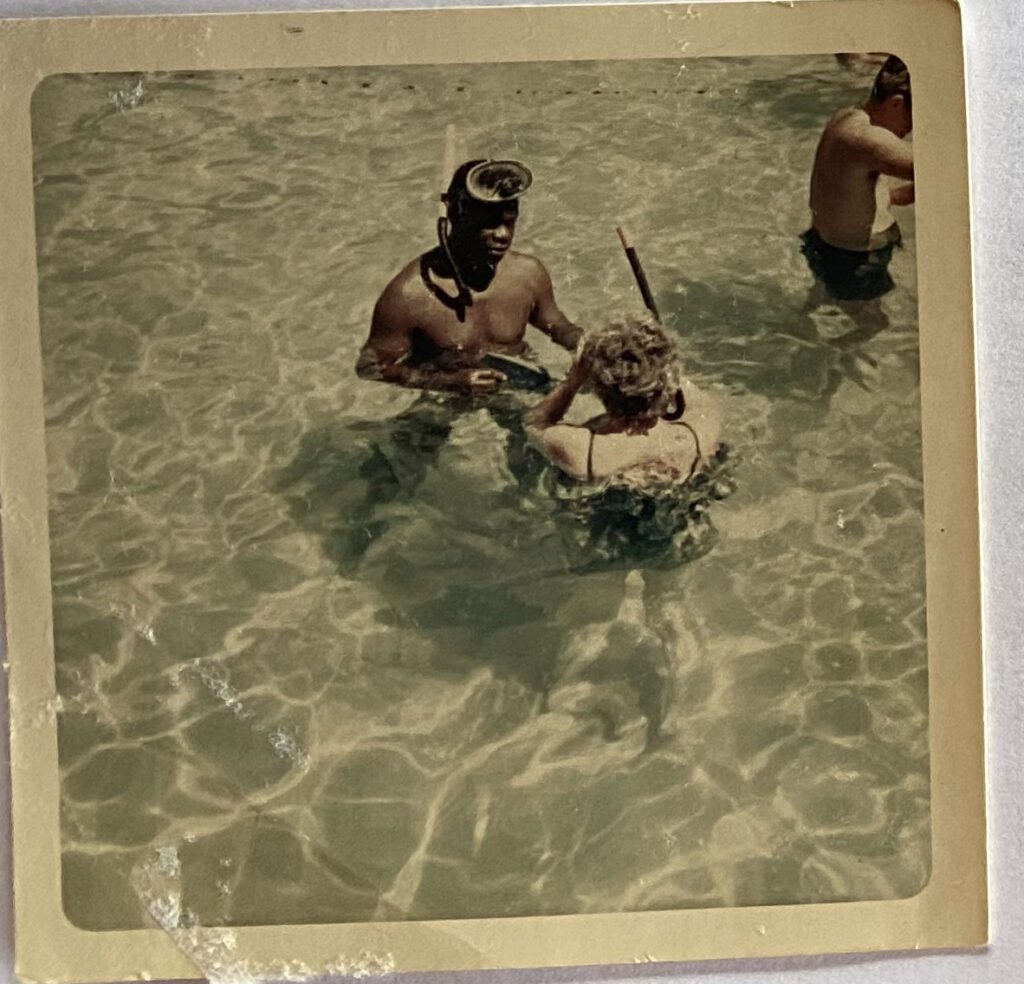 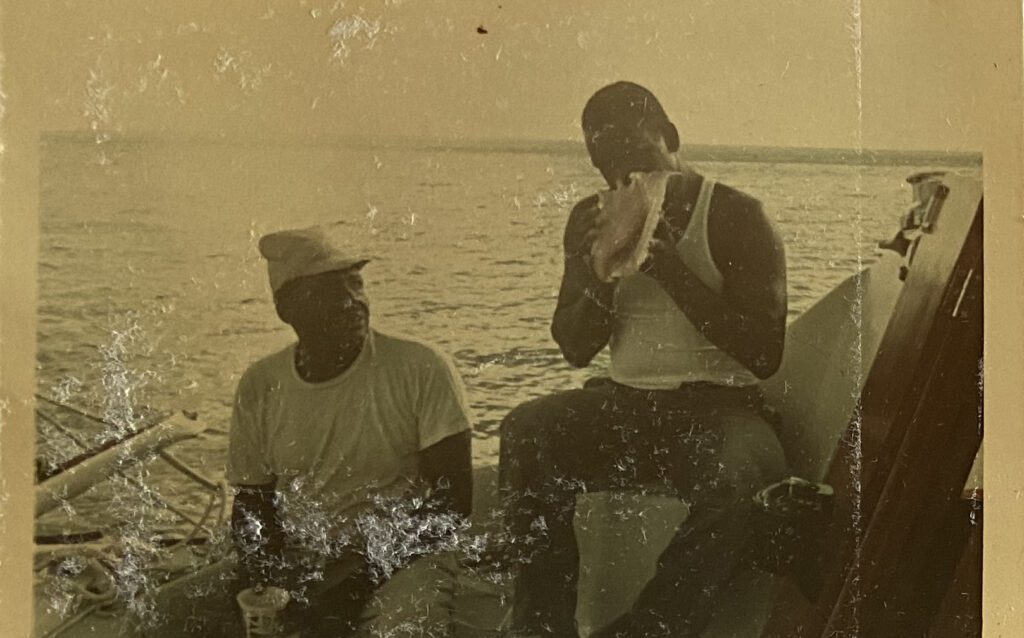 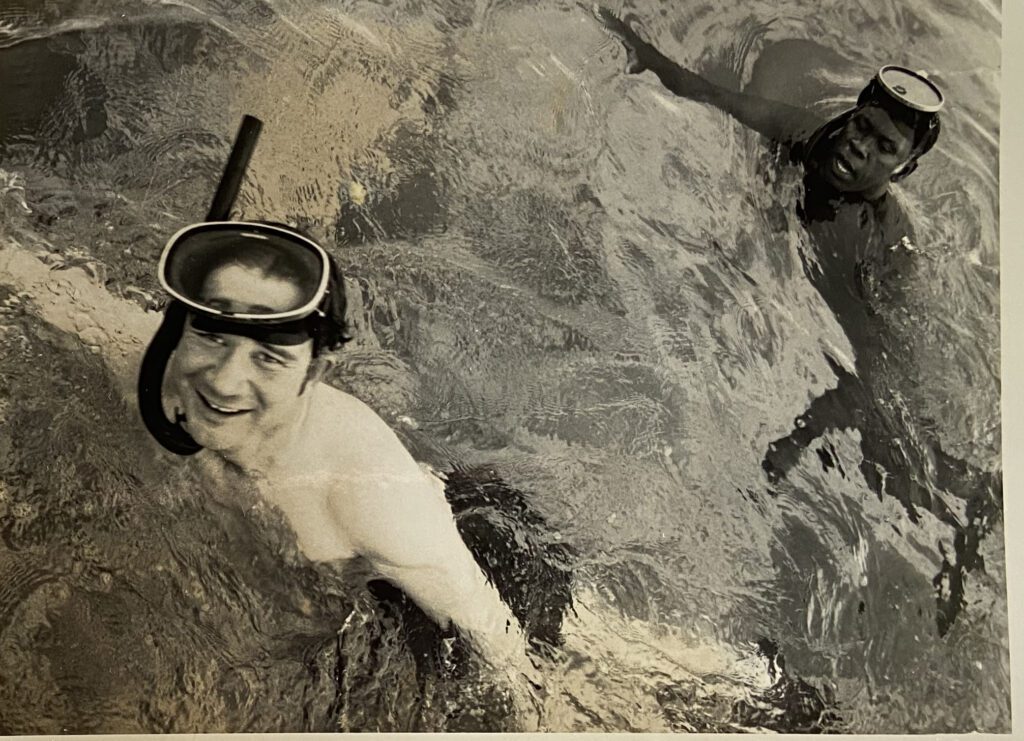 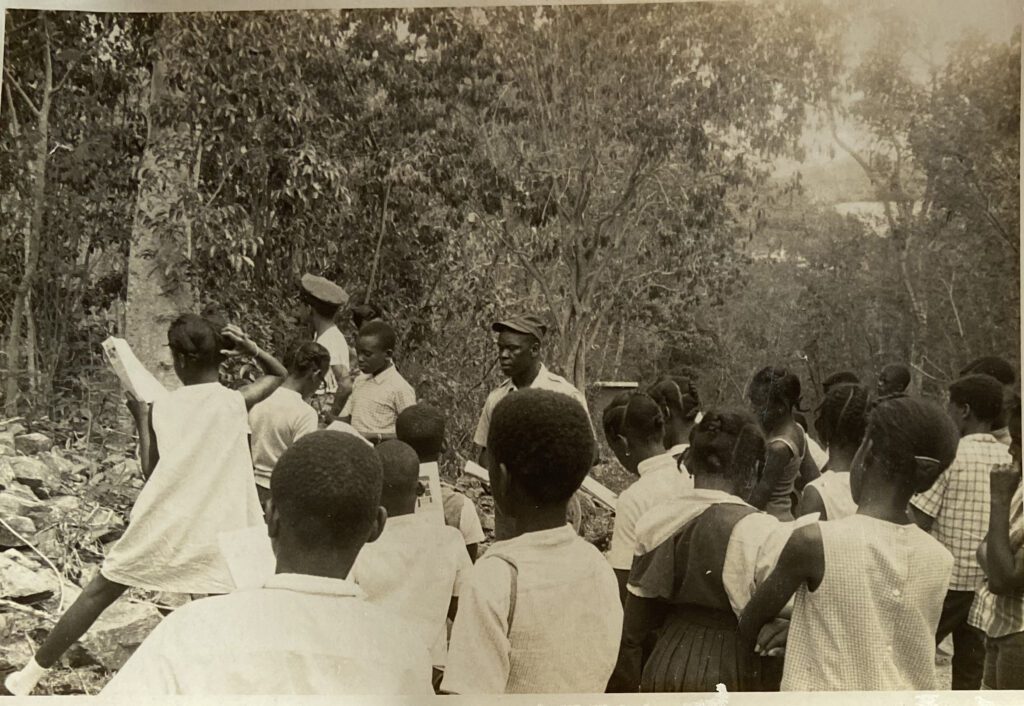 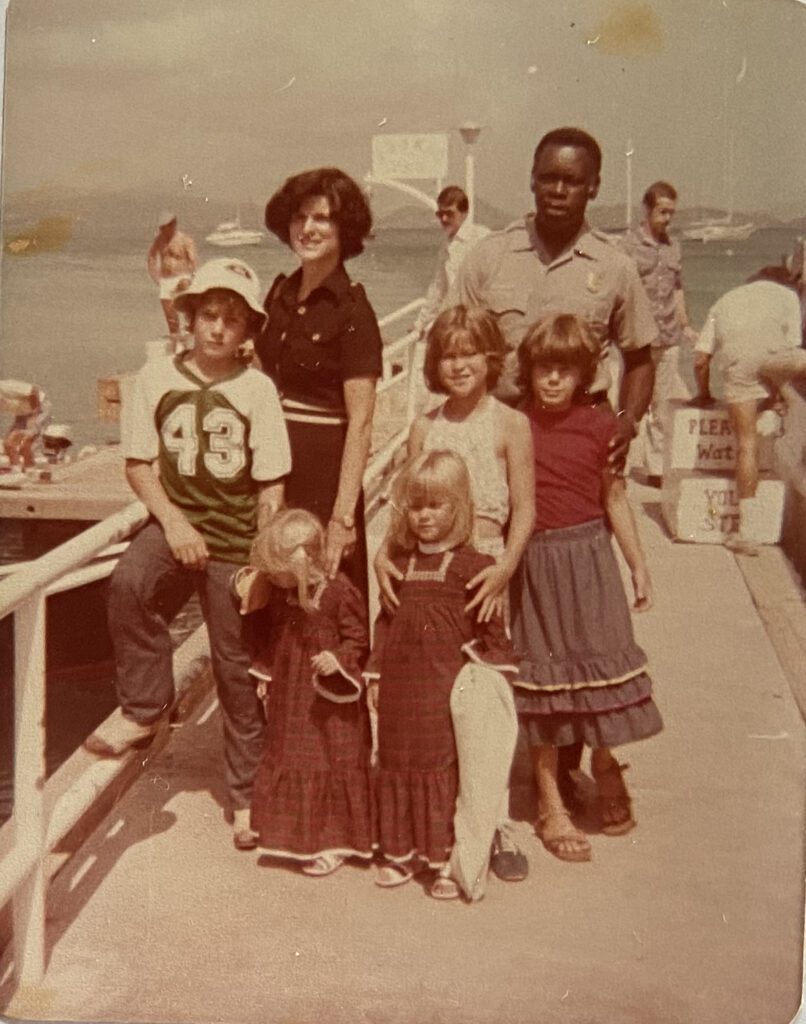 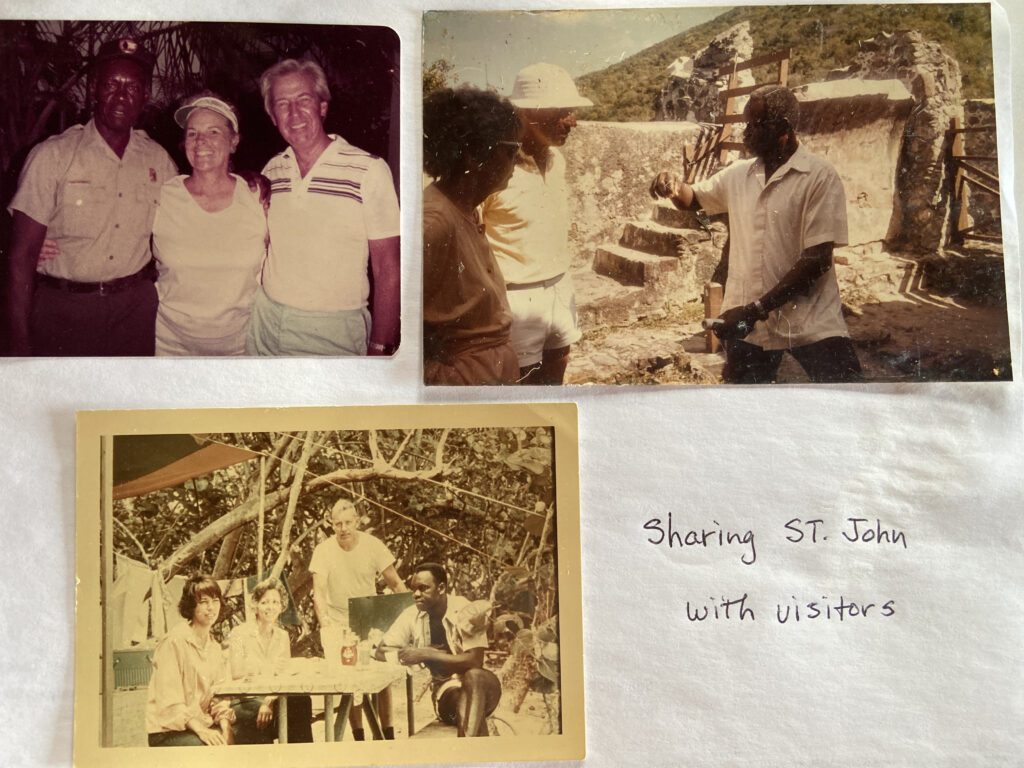 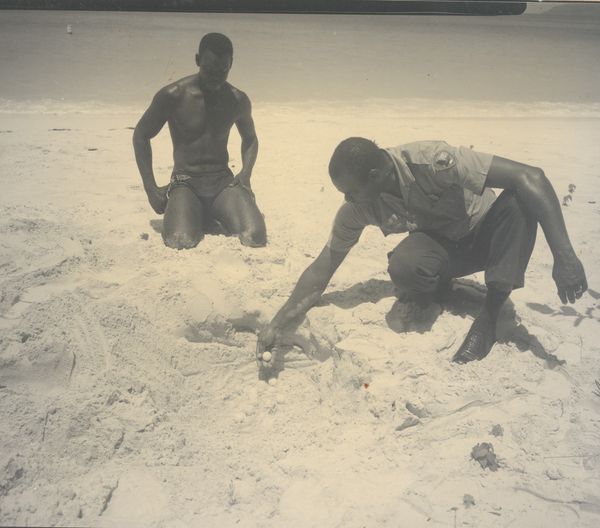 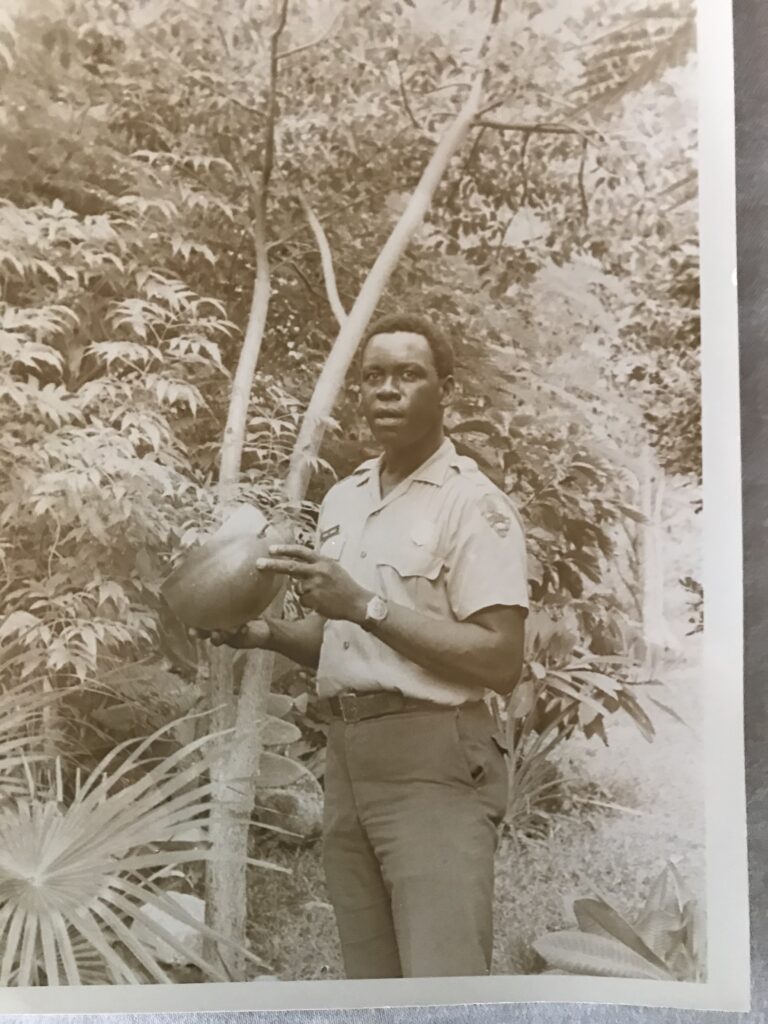 All photos on this page are courtesy of Barbara Samuel.